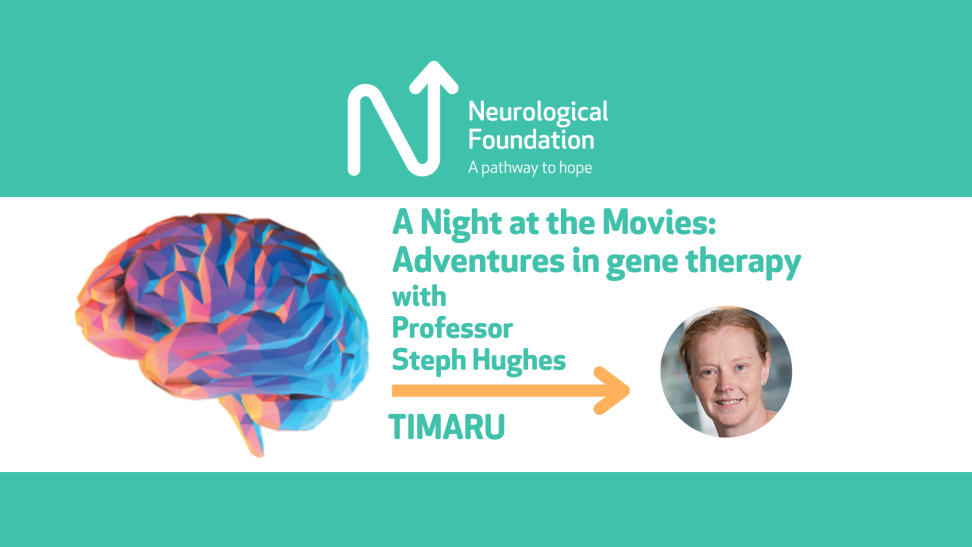 March is a special month for the Neurological Foundation - it’s Brain Awareness Month, a global campaign to raise awareness about neurological conditions and bring public attention to the importance of brain research!

To celebrate, we’ve lined up some fantastic events throughout the country, highlighting some of the incredible research funded by Kiwis everywhere. From the impacts of concussion in rugby to cutting edge spinal cord implants and gene therapy advances that we could only dream of a few years ago, we’re so excited to share the research that’s bringing hope and changing lives, and we hope you can join us in Timaru for the second FREE event in this year's series.

A night at the movies:
Adventures in gene therapy and stem cells.

How our brain stores memories, controls movement and connects us to the world remains largely a mystery. Despite this, some incredible researchers are developing therapies for some of the most devastating conditions, using technologies once only seen in science fiction movies. Professor Stephanie Hughes, an expert in gene therapy and stem cells, will present a series of short stories reflecting work on childhood Batten disease and Alzheimer’s disease, that one day may turn science fiction into medical reality.

Professor Hughes has been working on Batten Disease for about 25 years. Batten Disease is genetic, and resembles aspects of Alzheimer’s, Parkinson’s, epilepsy and blindness, but it affects children.

But Prof Hughes’ discovery of a ‘superhero gene’ could be applied more widely than just Batten Disease. It can lead to treatments for other neurodegenerative diseases where lysosome function is impaired. As you can imagine, finding the unique individuals who carry the ‘superhero gene’ is both costly and time intensive. So with true Kiwi ingenuity, Professor Hughes came up with a more efficient strategy.

“To find superhero genes through traditional genetic testing, we would have to sequence the genomes of millions, or even billions, of people. So in our {Otago} lab, we grow human Batten Disease neurons. We are using these to screen for ‘superhero genes’ that protect from Batten Disease development.”

Professor Hughes says her research is ready to move to the next phase:

“We are now at the stage of screening for superhero genes. Over the next six months we will begin to establish how the superhero genes protect against Batten disease and uncover new ways to treat Batten Disease."

“The work we are doing will also establish a powerful system to find superhero genes in other neurodegenerative diseases.”

At this point in her research, Prof Hughes knows that these findings can change the outcome for patients, which is extraordinary.

Doors open at 5.30pm. Refreshments will be served after the presentation.

Parking and access: Free parking in the Arthur Street Parking, opposite the campus. The event is taking place in room TG105/106 in G Block, situated along the southeast edge of the campus.
Park in the main carpark on Arthur Street, cross the road into the campus and head to the southeast corner, walking up the right side of the long C block building, past the café building and keep going straight ahead till you reach G-Block. Further parking instructions and directions will be made available ahead of the event.

Stephanie Hughes is a Professor in the Department of Biochemistry, University of Otago, and the Director of the Otago Brain Health Research Centre. Her research focuses on Batten disease, a group of childhood neurodegenerative diseases. A significant amount of her work has been funded by the Neurological Foundation. 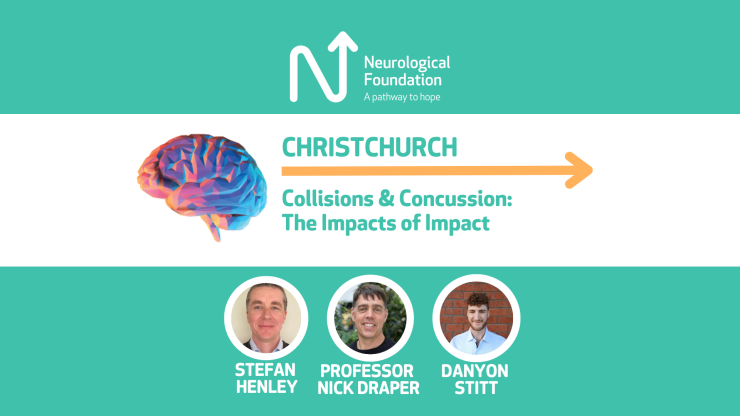