Uncovering the secrets of neuroinflammation

Dr Joanne Lin graduated from the University of Auckland with a Bachelor of Pharmacy (BPharm). She then completed a PhD investigating the effects of methamphetamine use on the human brain, and then went onto working as a community pharmacist until 2013.

Joanne eventually took up a postdoctoral position in the Adult and Paediatric Pain Lab at Stanford University School of Medicine, researching the effects of recreational drug use on the brain with Associate Professor Jarred Younger. After some time, Joanne decided it was time to apply what she had learnt back in New Zealand, so she returned on a Neurological Foundation Repatriation Fellowship in 2018. Joanne is currently investigating magnetic resonance imaging (MRI) techniques for measuring brain inflammation in human participants at the University of Auckland. Joanne shared with us her journey into neurological research and what's she is working on.

If you had asked me as an undergraduate student where I saw myself in 10 years, I never would have said as a researcher!

I was enrolled in a Bachelor of Pharmacy programme at the University of Auckland and I thought my path was clear: I was going to graduate and become a pharmacist. In the final year of the degree, all undergraduates were required to undertake a group research project. Prior to that, I had no exposure to research and didn’t know what it entailed, so the last thing I expected to do was rethink my entire career. I was allocated to work with Dr Bruce Russell on a project investigating the subjective and electrophysiological effects of Party Pill drugs using electroencephalography (EEG). At the time, Party Pills benzylpiperazine (BZP) and trifluoromethylphenylpiperazine (TFMPP) were legal in New Zealand even though very little was known about them. These studies were the first double-blind, placebo-controlled studies of BZP/TFMPP in human participants and, from there, I was obsessed.

After completing an internship, I started my PhD investigating the effects of methamphetamine use on the human brain with a focus on neuroimaging and pharmacotherapies for addiction. I continued to work as  a community pharmacist as I always enjoyed interacting with patients and being on the front line.

In 2013, I took up a postdoctoral position in the Adult and Paediatric Pain Lab at Stanford University School of Medicine. Having done a PhD on the effects of recreational drug use on the brain, I was really interested in understanding the effects of opioids on the brain and the chronic conditions in which opioids are used. In the middle of 2014, my mentor – Associate Professor Jarred Younger – decided to move to the University of Alabama at Birmingham (UAB) and asked whether I would like to go too. He was a great mentor and it was all part of the adventure, so we packed up and moved to the deep south.

After being away for five years, I wanted to apply the skills and knowledge I had gained to research in New Zealand and start my independent programme of research aimed at developing neuroimaging approaches to investigate brain inflammation. In 2018, this was made possible by the Neurological Foundation when I was awarded a Repatriation Fellowship to support my return to the University of Auckland. It enabled a pivotal step in my career and gave me the opportunity to undertake this exciting research.

Neurodegenerative and mental health disorders represent an enormous disease burden worldwide. Many of these conditions are chronic and incurable, and their debilitating effects may continue for years or decades. Recent research suggests that inflammation in the brain may play a role in disorders such as Alzheimer’s disease, Parkinson’s disease, depression, stroke, and multiple sclerosis. However, there are no accepted methods that can reliably detect these inflammatory processes in humans. There exists an enormous need for methods to measure central inflammation for both clinical research and clinical practice.

Inflammatory markers can be identified in cerebrospinal fluid via a lumbar puncture, but these don’t tell us where the inflammation is happening. It is also quite an invasive and unpleasant procedure for patients. Positron Emission Tomography (PET) is one method that can measure immune cells that are in an inflammatory state; however, PET scans expose patients to radiation and are extremely expensive. In my current research, we are investigating MRI techniques for measuring brain inflammation in human participants.

The first step is validation – to confirm that MRI is a good technique for measuring brain inflammation. We  are running a double-blind, placebo- controlled, crossover study using the typhoid vaccine as a safe, experimental model of human brain inflammation in healthy volunteers. The vaccine causes an immune reaction and participants will have MRI scans at baseline and three hours later. MRI scans are based on measuring changes in tissue water content and brain temperature as a result of immune system activation and inflammatory processes following the vaccine. In addition to the MRI scans, we are assessing vital signs and mood, as well as collecting blood samples to measure markers of peripheral inflammation, which will tell us what is going on with the immune system.

Going forward, these will be important as high peripheral inflammation has been seen in several neurological and psychiatric conditions, sometimes even before any symptoms appear.  We hope these techniques can be applied across many conditions where inflammation is involved, and provide objectively measurable biomarkers that can help us further understand the underlying causes and ultimately help in the diagnosis and monitoring of diseases, and identification of new targets for treatment. 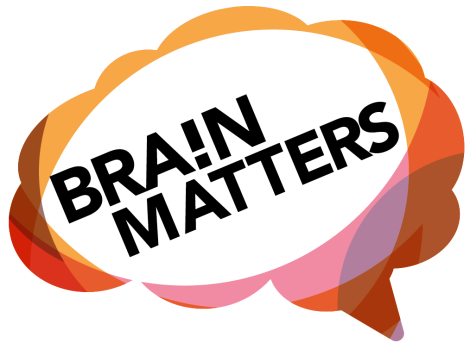 Hear Dr Joanne Lin talk about her research at our upcoming event in Tauranga.