Acclaimed neurologist Dr Tissa Wijeratne was a presenter at the Global Burden of Disease Brain Summit (GBDBS) held in Auckland.

The Neurological Foundation provided funding for this conference, because it assists future neurological research when experts have a chance to connect face-to-face. While he was here, we interviewed Dr Wijeratne about his areas of interest.

Bringing better neurological care for all

“I think the disparities in health care need to be addressed, and that’s my grand mission. Where I practice in Melbourne, Victoria this is done very well. Victoria has a population of close to five million with around 15 health networks. To my knowledge, it is the only state in Australia where you will have access to a stroke service combining tele-medicine and local facilities, no matter where you were admitted. You will also be given access to the latest available technologies. So if you need a blood clot removed, you will be air-lifted to a place where that can be done.”

Dr Wijerante explains that to help drive improvement, a dedicated group has focussed on service delivery, education, and research that readily translate into better care. This group includes people based at hospitals in Auckland and Christchurch.

The burden of migraine

According to papers recently published by the group, migraine is the leading cause of disability in both Australia and New Zealand.

Migraine affects about 15 per cent of the adult population and is three times more common in women, due to hormonal factors. An estimated 5 to 10 per cent of children also suffer from migraine.[1] The economic cost of migraines to New Zealand's economy is an estimated $80 million a year, which equals 700,000 lost working days.[2]

“The problem with migraine is it affects people who are working. It does affect retired folks as well, but to a lesser extent. As a result, the cost to the economy is huge. Unfortunately, migraine is also the least respected and worst managed medical disorder worldwide.”

Improving the accuracy of diagnosis

Because migraine is such a neglected malady, a lot of other disorders are misdiagnosed as headache disorders and vice versa.

“I probably have at least six or seven young patients in Melbourne who attended top notch stroke centres and got a diagnosis of migraine, while they were actually having a stroke. On the other hand, doctors in the emergency department sometimes make the wrong diagnosis of stroke when patients actually have migraine.”

The large number of different headache disorders only adds to the challenge of diagnosis. With the growth in obesity, Dr Wijeratne has seen a significant increase in pressure headache disorders, known as idiopathic intracranial hypertension or pseudotumour cerebri. Although their prevalence is still relatively low, they have the potential to cause permanent loss of vision if not diagnosed correctly.

“If you don’t identify the headache correctly, you can treat patients with the wrong medication or provide the wrong advice. I think that while we are making noise about migraine, it is equally important to recognise the other varieties of headache disorders that need treatment.”

To help address the challenge, Dr Wijeratne and other medical professionals set up the Australia New Zealand Headache Society, which has representatives from both countries. They plan to hold their first annual scientific meeting in Melbourne this year. One of their first initiatives was production of a 35-minute video called ‘Out of sight, out of mind’.

In addition, the International Headache Society has published a reasonably complex headache disorders classification resource that’s available online in most languages. The intention is for doctors to use it as a reference when required, rather than trying to remember every diagnosis.

Migraine has multiple phases. The first is known as prodrome, which can last anywhere from a few hours to a few days. During this phase the brain starts to become chemically sick and electrically transient. It is believed these changes happen in the back of the brain in a centre called the hypothalamus. This area tells us when we’ve had enough food, and when to go and have a particular drink or eat something specific. It’s a key component of food preference.

“There is a common belief that many people get migraine when they eat cheese or chocolate or drink red wine. To my mind this is almost a total myth. Because the hypothalamus has become sick, your sick brain basically commands you to consume the cheese, chocolate or red wine. So nine out of ten times, it is a symptom of the prodrome phase rather than the trigger.

“Other possible symptoms of prodrome include excessive yawning, binge eating, binge drinking, suddenly feeling miserable when everything else is going hunky dory or feeling hunky dory when everything is pretty miserable. Inappropriate moods can also occur, as well as fatigue or tiredness that hits you like a bulldozer after you woke up feeling well.”

After the prodrome phase, about 15 to 20% of patients experience what is known as aura. Aura is basically neurological symptoms moving from one area to another.

“While many people understand aura to be vision effects, like flashing lights, aura can also be sensory or motor effects. In other words you can experience a spreading tingling or numbness moving from one area to another, or some sort of motor abnormality.”

After the aura, migraine sufferers’ experience the acute attack phase and finally the postdrome phase.

“I have patients who have a postdrome phase that lasts one to three weeks, during which they feel exhausted. So if your prodrome lasts a couple of days and postdrome lasts a week, you can be out of action for half a month.”

Dr Wijante’s colleagues at the Mayo Clinic have presented some research on doctors who suffer from migraine. In the research, the doctors performed activities on a tablet; when they were going through a migraine, they showed a seven to eight second delay compared to when they weren’t.

“Imagine if this is a neurosurgeon, a vascular surgeon or a cardiologist putting a stent into a coronary artery. A seven second delay could cause the patient’s death and it would not be recognised as migraine related. So, migraine is a huge burden that we need to fix as a matter of urgency.” 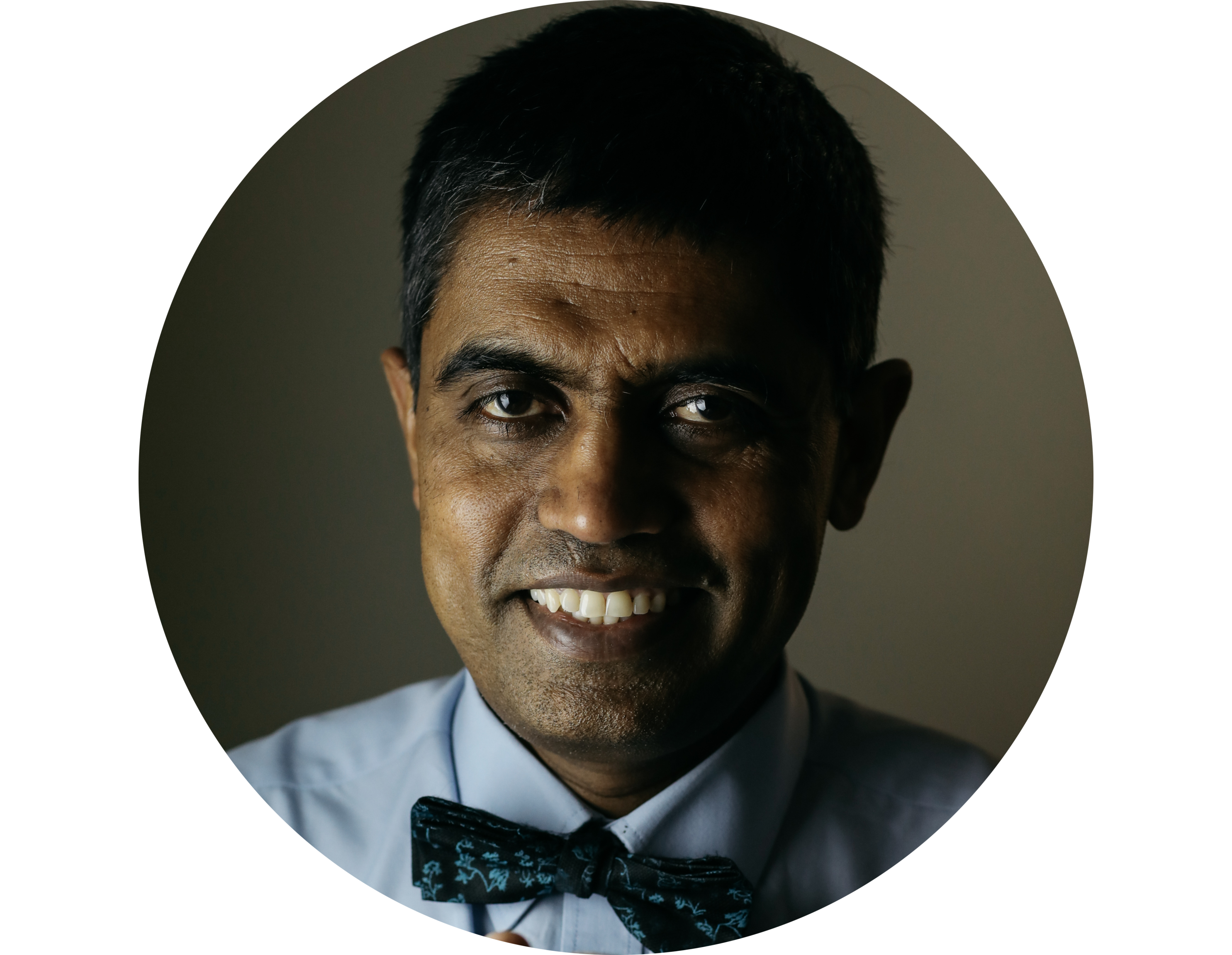 Born and raised in a remote mountain area of Sri Lanka, Dr Wijeratne studied medicine in Sri Lanka, New Zealand and Australia.  He spent 15 years in clinical practices in rural, urban, under-privileged and privileged areas before settling down as a specialist in Melbourne. Dr Wijeratne then became the first Sri Lankan-born neurologist to lead an academic department of neurology in Australia.