By Dr Tracy Melzer - Tracy is the MRI Research Manager at the NZ Brain Research Institute (NZBRI) in Christchurch. As MRI Research Manager, Tracy oversees all imaging at the NZBRI. This provides him with the opportunity to become involved in a wide range of neurological research, including child development, mild traumatic brain injury, post-traumatic stress disorder, neurodegenerative diseases, and more.

As a Senior Research Fellow in the Department of Medicine with the University of Otago, his primary focus is on the development and application of Magnetic Resonance Imaging (MRI) techniques to advance our understanding of cognitive decline in Parkinson’s disease.

Parkinson’s disease is a neurodegenerative movement disorder that affects approximately 11,000 people in New Zealand; this number will double in the next 25 years. The diagnosis relies on movement problems, such as rigidity, tremor, and slowness of movement. For many patients however, the most debilitating aspect of the disease is cognitive impairment (thinking problems), which sometimes progresses to dementia. Yet, the time between a Parkinson’s disease diagnosis and the onset of dementia can vary between 1 and 20+ years. Frustratingly, we currently have no satisfactory means of foretelling when or if an individual will develop severe cognitive decline.

These issues have motivated our research at the New Zealand Brain Research Institute (NZBRI) over the past decade. The NZBRI, located in Christchurch, is a research institute with members from the Universities of Otago and Canterbury, as well as the Canterbury District Health Board.

The ‘Christchurch Longitudinal Parkinson’s Study’ commenced in 2007, with an initial grant from the Neurological Foundation, under the direction of Professors Tim Anderson (Neurologist, University of Otago, Christchurch) and John Dalrymple-Alford (Department of Psychology, University of Canterbury). Our study includes people with Parkinson’s disease, as well as individuals without Parkinson’s disease (controls), and has assessed various cognitive abilities, made eye movement recordings and evaluated various clinical signs. We have also scanned participants’ brains with advanced Magnetic Resonance Imaging (MRI). We now have one of the world’s largest longitudinal studies of this kind. To date, we have collected data from 319 people with Parkinson’s disease and 64 controls. We have seen the majority of eligible participants every two years. In total, 271 of our participants have had at least one MRI scan, with more than 650 total scans acquired over the duration of the study. Recently, we added a different kind of brain imaging to assess the accumulation of amyloid protein, which have been linked to the development of various neurological diseases.

Our early work focused on the concept of ‘Mild Cognitive Impairment’ in Parkinson’s disease (PD-MCI); we were among the first internationally to do so. Mild cognitive impairment refers to cognitive ability that is below that expected for someone’s age when compared to others. We addressed potential criteria for the diagnosis of PD-MCI and our suggestions contributed to the International Movement Disorders Society’s Task Force criteria for this condition. Both our independent work and our contributions to a multinational consortium have confirmed that people who reach criteria for PD-MCI are at higher risk of progression to dementia. Dementia refers to the loss of everyday independent function and is associated with poor quality of life, substantial caregiver and financial burden, and early institutionalisation. The problem remains that the identification of PD-MCI does not specify an individual’s risk of dementia, as many do not progress to more advanced levels of cognitive decline. To improve this, our latest work has focused on identifying a selection of cognitive tests that best predict risk of progression to dementia. The value of this approach is that we can provide better clinical management and target potential treatments that are perhaps tailored for an individual’s current risk status.

Brain imaging techniques provide us with powerful methods to describe the brain changes associated with cognitive impairment (Figure 1). In a 60-minute MRI scan, we acquire multiple types of MRI, giving information about different aspects of structural and functional brain health. These include white and grey matter structure, vascular integrity, chemical concentrations, iron accumulation, and functional status. A strength of the study is that we have repeated scans of the same individuals, so that we can track brain changes over time. 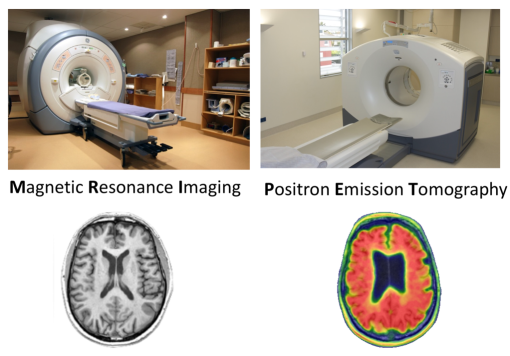 A current challenge for us is that while the presence of PD-MCI increases the risk of developing dementia in general, we are still unable to precisely predict if and when any specific individual will develop dementia. In recent work generously funded by the Neurological Foundation, we aimed to generate an individualised risk score for dementia over time. Such a unique advance in precision and personalised medicine would enable informed discussion between doctor, patient and carer about prognosis and life-choices. It would also provide a mechanism for recruiting the appropriate ‘at risk’ people with Parkinson’s disease into new trials of therapies aiming to prevent dementia. Our most recent work suggests that MRI (specifically total brain volume, thickness of the cortex, and lesions within the white matter) provides additional and useful information about an individual’s risk of future dementia. We are continuing to pursue this avenue of research by introducing additional imaging metrics into our sophisticated model, with the goal of further refining our ‘risk score’. We hope that one day this may provide a useful clinical tool. 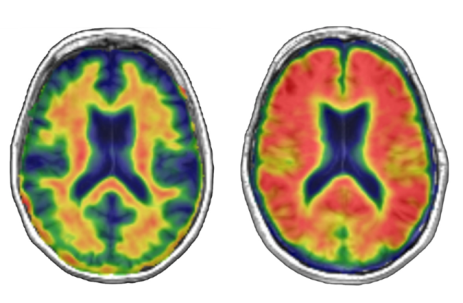 Other aspects of the longitudinal study

In addition to cognitive testing and imaging analyses, we have also used a number of different tools to investigate Parkinson’s disease progression. We collected blood and extracted genetic material from our participants. With collaborators, we have identified an interesting relationship between genetic variability and cognitive impairments, with hints of potential blood-derived biomarkers of disease. Eye movement recordings also provide useful information about the clinical progression of the disease. Based on a national pharmaceutical database, the team has also provided the first nationwide estimates of Parkinson’s disease incidence and prevalence in New Zealand. We have also identified a difference in both incidence and prevalence across the major ethnic groups, with Māori showing the lowest incidence in a study funded by the Neurological Foundation.

We continue to follow our participants over time. The Neurological Foundation has funded a new project in which a subset of our larger cohort will undergo a new type of PET imaging which allows measurement of the tau protein. These same individuals will complete a new, vascular-focused MRI session. Furthermore, we have begun to acquire EEG brain scans. Working with colleagues from around New Zealand and internationally, we are investigating potential blood-derived markers of disease status and progression. We will also continue to expand our epidemiological work to understand regional and ethnic variation.

Over the past decade, we have learned a lot about Parkinson’s disease, but there are still many unanswered questions. We at the NZBRI will continue to diligently investigate these questions with the hope to ultimately improve clinical care through research.

The Longitudinal Parkinson's Study and PET imaging study would not be possible without the generous donations from Bruce and Gill Ross. Thank you, Bruce and Gill.

The people and projects we fund are only able to happen thanks to our donors and every dollar we receive makes a difference to what can be achieved.

Your donation will support ground-breaking research into neurological conditions and provide the hope of better treatment options and cures for future generations. Please help us create a pathway to hope.