An Associate Professor in physiology and neurobiology at Victoria University Wellington’s School of Biological Sciences, Dr Bronwyn Kivell has a long-standing relationship with the Neurological Foundation. 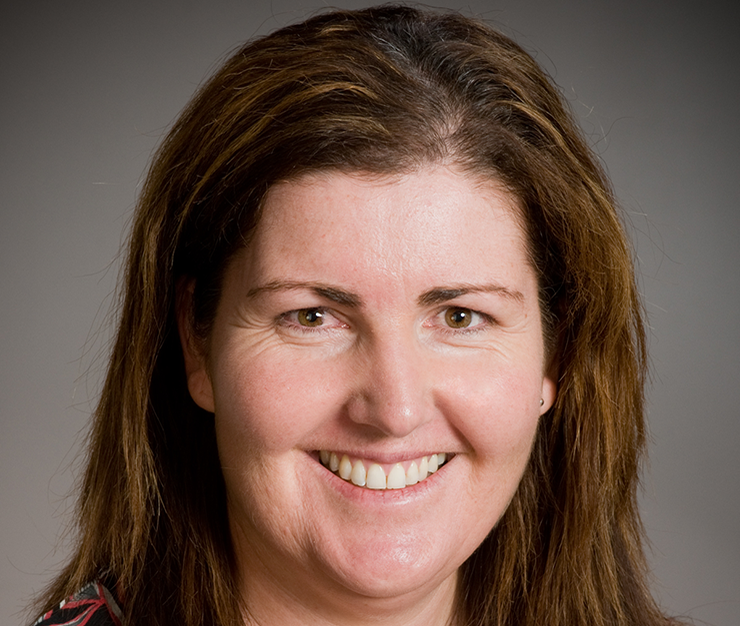 Bronwyn’s research interests include anti-addiction pharmacotherapies, drug abuse, non-addictive pain medications, the immunomodulatory effects of kappa opioids and evaluating novel remyelination drugs for the treatment of multiple sclerosis. Her dedication to finding better solutions to sometimes unpopular problems is both admirable and important.

Bronwyn arrived in the neurological research field in a roundabout way. As a teenager growing up in a small country town, she was always interested in biology and this led her to study physiology and zoology at Massey University. After gaining her bachelor’s degree, financial necessity declared it was time to get a job.

“I was lucky enough to land a job at Victoria University as a physiology technician. It was full-time, but I also managed to study part-time doing papers for my masters and carry out research projects studying the developmental expression of opioid receptors. As a technician, I was working with Professor John Miller. He was also my supervisor for my masters.

“I was about to hand in my master’s thesis when John said ‘why don’t you do a PhD?’. At first I thought it was a no-go, because taking five to six years off work to be a student simply wasn’t viable, but then John pointed out that I could convert my masters work and significantly shorten the journey to the doctorate. It was the best decision I ever made.”

For her PhD, Bronwyn researched the developmental expression of various opioid receptors. With a view to finding data that’s relevant to cot death and other respiratory problems, she looked at different areas of the brain stem and how opioid receptors are expressed in the brain during fetal and postnatal development.

With her PhD done and dusted, Bronwyn headed to the National Institute on Drug Abuse in Baltimore as a postdoctoral research fellow working on kappa opioid receptor and monoamine transporter signalling pathways. There she joined the laboratory of Dr Toni Shippenberg.

“Toni was head of the lab looking at addiction behaviour and the cellular effects of addiction. At the time, she was one of the world experts on the kappa opioid receptor. In the USA I also met my collaborator Tom Prisinzano. I’ve been working with him now for more than 10 years.”

The hunt for better pain treatments that aren’t addictive

Bronwyn’s research focus on drug abuse, which was funded by the Neurological Foundation, branched into a project with a specific angle: addiction to prescription opioids, such as morphine, fentanyl and tramadol, which are used to treat acute pain following surgery, and cancer pain. The pain killers begin as a short-term solution and then become a long-term problem because they are highly addictive.

“In the USA they're calling it a health crisis. More than 70,000 people die each year from opioid overdose. They're taking it to make themselves feel better, but it's actually killing them. While the problem in New Zealand is not as bad, misuse of prescription opioids is increasing and needs to be addressed.”

Currently, one in six New Zealanders suffer from chronic pain and this severely impacts their quality of life and ability to work.

“The pain relief effects of opioids are very short term. They’re really only effective for acute post-surgical pain. If you take them for more than two or three weeks, you become tolerant, which means you have to double or triple the dose to get a pain relief effect. Opioids trigger the release of dopamine, your brain's feel-good neurotransmitters. When the dose wears off, you want these good feelings back as soon as possible and that’s how you can become addicted. Withdrawal from opioids is really horrible – nausea, vomiting, diarrhoea and the shakes. That’s why we are committed to finding an effective treatment for pain that doesn’t lead to addiction.”
Researchers in this field use one of two main models for their work: nerve injury following disease, accident or surgery; or the chemotherapy-induced pain model, which is very relevant to cancer patients.

“I’m using the chemotherapy model. Many chemotherapy drugs make your nerve endings very, very sensitive, resulting in allodynia. It can mean that something as simple as getting dressed can cause extreme pain when the fabric touches your skin. This is an excellent chronic pain model that’s reproducible, robust and relevant to a lot of people.”

“We are excited about progress so far. Our new drug shows many improvements over current pain medications such as morphine. It targets a specific combination of opioid receptors, which is key to its reduced potential for addiction.”

“Multiple sclerosis is a debilitating neurological disease that has no cure. The body’s own immune system attacks and destroys the myelin (protective covering) around nerve cells, which leads to fatigue, muscle weakness, cognitive issues, vision problems and, ultimately, paralysis.”

Bronwyn’s research is exploring ways to repair the damage caused by multiple sclerosis, which would help patients to live a more comfortable life with the disease.

Current research focusses on minimising symptoms or slowing the progress of the disease; if successful, this research will be a huge step forward for MS sufferers.

Back to NZ following a Fulbright

Most recently, Bronwyn has been on a five-month Fulbright scholarship at the Scripps Research Institute in Florida.

“Scripps is one of the top research institutes in the USA and the research atmosphere there is amazing. Within the Scripps, I worked in the Department of Neuroscience, who are doing the highest level of neuroscience work. I was working with Professor Kirill Martemyanov. He is the world leader on G protein coupled receptor signalling and has identified many regulators of these receptors, including opioid receptors. My focus now is to use the knowledge and skills I learned there and to apply it to my research here.”