Home > News > A closer look at a condition: EPILEPSY
News

A closer look at a condition: EPILEPSY

There are more than 700 different neurological disorders, from the extremely rare to more well-known conditions such as epilepsy, Parkinson’s disease, and dementia. In each Headlines this year, we will take a closer look at a particular neurological disorder and how our funding is helping clinicians and researchers to better understand it. This edition we look at epilepsy, which affects nearly 50,000 New Zealanders, and is the subject of several Kiwi-led research projects.

In the Neurological Foundation’s 50-year history, thanks to our supporters, an array of research has been funded into the prevention, treatment, and understanding of epilepsy. Notable recent projects include those undertaken by Dr Peter Bergin, Professor Lynette Sadleir, and Dr Rachael Sumner. 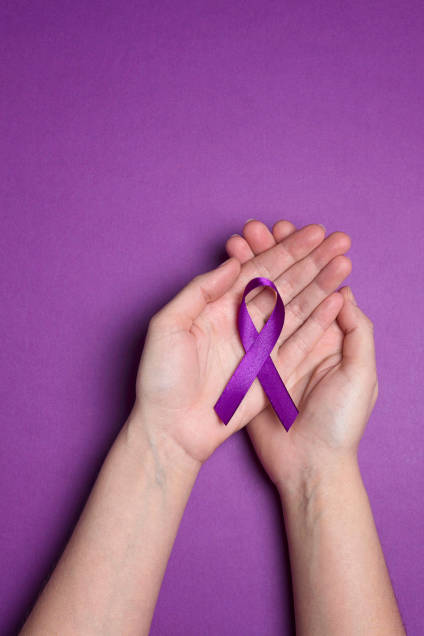 An international database for epilepsy research

Dr Peter Bergin is a consultant neurologist based in the Auckland region. He is also the director of New Zealand’s only epilepsy surgery programme, as well as the founder and chairman of EpiNet.

Peter and his team were awarded a project grant to help establish EpiNet; an online patient registry for clinicians and researchers, allowing for efficient data collection and improved management of the global epileptic population, as well as research into the condition itself. To date, more than 15,000 patients are registered.

In 2013, Peter and his team were awarded another project grant to use EpiNet to undertake four randomised controlled trials in which the drug levetiracetam was compared with carbamazepine, lamotrigine, and sodium valproate to determine which was the most effective in patients with new onset epilepsy.

In 2018, Peter and his team received a small project grant to establish a multicentre registry for Sudden Unexpected Death in Epilepsy (SUDEP) within EpiNet. SUDEP is the sudden, unexpected death of someone with epilepsy, who was otherwise healthy. In SUDEP cases, no other cause of death is found when an autopsy is done. Peter and his team hope that the registry will help them determine the incidence of SUDEP in New Zealand, identify risk factors that predispose a person with epilepsy to SUDEP, and eventually assist in risk reduction.

In continuation of the SUDEP registry, Peter and his team received a project grant in the second grant round of 2018 to identify all people who die from SUDEP in New Zealand over the next five years. By October 2021, 72 cases of definite, probable, or possible SUDEP had been identified, and a further 57 deaths were still under investigation (data began being collected in August 2019). These results suggest that the incidence of SUDEP in New Zealand is between 0.7 and 1.4/1000 people with epilepsy per year.

“This study is casting light on a previously hidden tragedy. People have been dying from SUDEP for many years, but the problem has largely been ignored. We are learning about the circumstances of death and gradually starting to identify risk factors. More importantly, we hope that we will be able to identify factors that might prevent patients from dying.”

For more about Peter’s research, his 2020 Brain Awareness Month lecture can be viewed in our lecture library: neurological.org.nz/lecture-library

Professor Lynette Sadleir is a physician scientist with expertise in epilepsy and is the director of the Epilepsy Research Group at the University of Otago, Wellington.

In 2019, Lynette and her team were awarded a project grant to research epilepsy in Māori children. Epilepsy is the most common serious neurological disorder of childhood.

The study’s purpose is to identify the causes of epilepsy in Māori children, particularly preventable causes, and to establish any patterns of other associated diseases (comorbidities).

Overall, the study aims to gather data that will help develop health initiatives aimed at reducing the prevalence of epilepsy, as well as improving the quality of life for those with the condition. Preliminary results have been promising, showing that Māori children are 2.6 times more likely to have a preventable cause of epilepsy than non-Māori children.

At the end of 2020, Dr Ngaire Keenan was awarded a HRC (Health Research Council) Clinical Research Training Fellowship to expand the project to identify any differences in the service provision and management of epilepsy between Māori and non-Māori children. The increase in data collection required for this expansion, as well as the knock-on effects of COVID-19 lockdowns, has meant that the project has been delayed. They aim to have their data analysis completed and published within the next 6 months.

Dr Rachael Sumner is a postdoctoral research fellow with a PhD in Pharmacy from the University of Auckland. She has a special interest in women’s neuroendocrinological health and disease.

Catamenial epilepsy affects around 40% of females with epilepsy, where the number of seizures doubles at certain points of a female’s menstrual cycle. Catamenial seizures often don’t respond to typical antiseizure drug treatment and regulating hormone changes with the combined-oral contraceptive pill also doesn’t treat the condition – even though hormone changes are thought to be the main cause of catamenial seizures.

In 2019, Rachael was awarded a small project grant to investigate physiological changes in the human female brain over each monthly cycle, even when the contraceptive pill is suppressing hormone changes. The research aimed to reveal the brain mechanisms that may underlie catamenial epilepsy which aren’t simply due to hormone changes. After COVID-19 disruptions, results did indeed indicate the brain changes as if there is a menstrual cycle even when hormones in the blood don’t, and in 2021, Rachael was awarded a First Fellowship to further these investigations.

Using EEG (a test that detects electrical activity in your brain), she is now exploring the changes in the brain throughout the menstrual cycle of women with epilepsy to provide another piece of the puzzle on what makes the brain of people with catamenial epilepsy different from those without. A better understanding of the cause of catamenial seizures will direct the search for effective treatments.

For more about Rachael's research, her 2020 Discovery Sessions lecture can be viewed in our lecture library: neurological.org.nz/lecture-library