In 1980, Richard arrived back in New Zealand following post-doctoral training in the USA. He’d completed his PhD and had a special interest in a group of brain structures called the basal ganglia, which are affected in Huntington’s disease and Parkinson’s disease.

Richard was in the process of setting up a research lab at the University of Auckland Faculty of Medical Sciences when Professor Arthur Veale came to him with a proposition.

Arthur had a major interest in Huntington’s disease and was looking after all the families in New Zealand known to be affected by the disease. We knew it was caused by a single dominant gene. If it’s inherited on one side of the family, 50% of the children have a chance of getting the gene – a random 50% each time.

“At that point we didn’t know what the gene was, but the families concerned really wanted to know if the diagnosis they had been given was correct. Back then diagnosis was given on clinical grounds and it was possible to confuse Huntington’s with some elements of Parkinson’s."

“Families were asking Arthur to look at the brain of their mum or dad after death to see if it had the typical neuropathology of Huntington’s, which is very specific and involves the basal ganglia – my special interest. Arthur asked me to take the brains and do the work, and I agreed.”

“This was exciting for me, because I love the human brain. When I first saw a human brain as a third-year medical student, I was transfixed – I couldn’t believe this beautiful organ could do so much for us. It gives us our senses, intelligence, personality, sense of excitement – everything. We are what the human brain is. For a Taranaki boy who grew up on a little farm, this was transformational.”

Other brains followed, and Richard developed protocols for the process. His team would always talk to the families before studies began, then provide them with a written report, including a special thank you letter because they were helping with brain research.

“Without exception, the families said we could keep the brain they’d supplied and do further research on it. I recognised that this is the most valuable gift families can give to science, so it became immediately important to put protocols in place for making the best use of the brains and feeding the results back to the families involved.”

Knowing more about each brain

When Richard and his student team started working with the donated Huntington’s brains, they saw an amazing diversity in pathology. Different groups of cells or compartments had degenerated in different cases.

“None of the textbooks referred to this variation in pathology in the basal ganglia. Subsequently, we looked at other parts of the brain and saw the same thing in the cortex. It became obvious that we needed to go back to the families to gather the clinical and symptom history of each brain donation.”

When I first saw a human brain as a third-year medical student, I was transfixed – I couldn’t believe this beautiful organ could do so much for us. It gives us our senses, intelligence, personality, sense of excitement – everything.

Associate Professor Lynette Tippett, who had an interest in Huntington’s disease, was engaged to retrospectively collect all the symptom profiles for the brain donors. This was performed “double-blind”, i.e. Lynette was not aware of the pathology found in the brains. Her brief was to look at the degrees of motor and mood symptoms in an unbiased scientific light. Working with Lynnette, Richard’s team found that variations in pathology mirrored the variations in the symptoms. Patients with mainly mood symptoms showed degeneration of certain parts of the basal ganglia, while patients with mainly motor symptoms showed degeneration of other compartments. And mixed symptoms showed mixed degeneration.

“The human brain is the ultimate model for studying brain disease. It’s the Rolls Royce. I began to realise more and more that this gift of human brain tissue to us was going to allow New Zealand researchers to do revolutionary research.”

Running a brain bank is challenging, particularly when it comes to collecting donated brains. Richard had to develop an intricate interplay between doctors, morticians and mortuaries so that brains could be received as soon after death as possible, to ensure tissue would be viable for research purposes.

“We developed a donor package in collaboration with the families who were already helping us. The establishment of our Brain Bank was a true partnership between neurological researchers and the patients’ families. Ideally, brains need to be with us within 2 to 12 hours of death. The family commitment was amazing. They would arrange for nursing homes to call us even before they were notified of a death, to ensure we received the brain as soon as possible.”

“We formed a research team around brain donation. Dr Russell Snell, now Professor Snell, came on board for genetic research, and then Professor Mike Dragunow became involved – he’s a molecular pharmacologist and neuroscientist. Lynette Tippett continued to gather the symptom background information for us.”

After starting with a focus only on Huntington’s disease, the team began working on other neurological conditions, including Alzheimer’s disease, Parkinson’s disease, epilepsy, motor neuron disease and stroke.

“We were ready to do world-class research that could lead to new treatments for brain disease, while also feeding information back to families that needed answers. This reciprocal relationship put our Brain Bank in a unique situation. Family involvement has been at the core of success for the whole enterprise.”

Getting the Neurological Foundation involved

By 1993 Richard realised his team were assembling a very special collection of human brains affected by a range of different diseases. They had created a human brain bank that was a partnership between families, doctors, morticians, neurologists, clinicians and researchers.

Later they added neurosurgeons to that list. But running the bank was eating into funds intended for pure neurological research.

The Brain Bank received its first grant from the Neurological Foundation in January 1994. Over the years, this financial support has expanded. Today the Foundation funds three and a half people and covers the costs of some consumables. The Brain Bank also receives grants from the Douglas Charitable Trust to support a Research Fellow.

From a global point of view, the Neurological Foundation Human Brain Bank was unique because it was the first in the world to get tissue direct from families, including the symptom profile connected to the tissue, and the brains were collected very soon after death.

“The Neurological Foundation and Douglas Trust have enabled the Brain Bank to grow and develop into the best in the world. Not the biggest, but the best from a usefulness point of view. Tissue from our bank is not only used here in New Zealand, it is also used by researchers from Massachusetts Institute of Technology (MIT), Oxford, Cambridge, Harvard and other important medical research hubs.”

“We always ask the families if they’re happy for tissue to go overseas and they are absolutely delighted. They say things like ‘Mum always loved to travel’ and ‘Dad’s brain is going to help the world’. There’s a wonderful level of trust between the Brain Bank and the families who’ve donated brains.”

In New Zealand nobody is allowed to buy and sell human tissue, so when the Brain Bank decides to provide tissue to a research group there is no charge. However, researchers need to present a solid case to access the tissue.

“We don’t give our tissue to everyone who asks for it. We must be convinced of the value of the research and the suitability of our tissue for its needs. For example, we have a top researcher from Switzerland visiting us soon. He’s looking at the molecular mechanisms of aggregates that kill brain cells in Parkinson’s and Alzheimer’s disease. We’ll meet with him and hear his case, then decide whether or not to provide him with tissue.”

“We emphasise to these families that we are just the custodians of the brain. The brain is always owned by the families, who often come in to say a karakia before tissue is processed. Māori medical students who work with us also say karakia of their own before using tissue. Dignity and respect guide everything our technicians and researchers do with donated brains.”

The brains collected by the bank are representative of New Zealand’s multicultural society, even though there are no brain conditions that are exclusive to any one culture. Brains don’t differ between cultures and races; we are all one species.

“When you look at the human brain, you can’t tell whether it’s male or female, whether it was highly intelligent or less intelligent, whether it came from a European person or an African person. As humans we all have this wonderful organ in common.”

The Brain Bank team had to develop techniques for preserving the brains they received, beyond the traditional methods of formalin fixing, plastination and paraffinisation.

“With Dr Henry Waldvogel, the Douglas Trust Research Fellow, we developed a technique of treating each hemisphere of the brain differently. We take one hemisphere off, keeping all the blood vessels intact, then put little tubes into the vessels to fix it with formalin. This type of preservation is what’s needed for chemical studies. The other hemisphere is kept fresh, for gene and biochemical studies. Both hemispheres are dissected down to about 60 blocks and kept in freezers at -80°C. Along with the apparatus used for processing, these freezers are the heart of the Brain Bank.”

The Brain Bank holds stored tissue from more than 1,000 brains – 700 whole brains that have been donated and additional tissue acquired from neurosurgical procedures. What began in 1980 as a simple request for Huntington’s diagnosis confirmation has turned into a flourishing human brain research resource and facility that is envied by other countries. 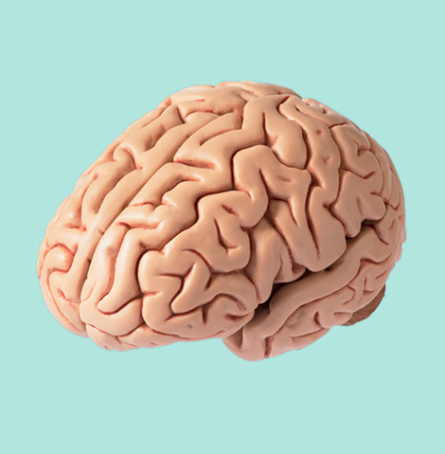